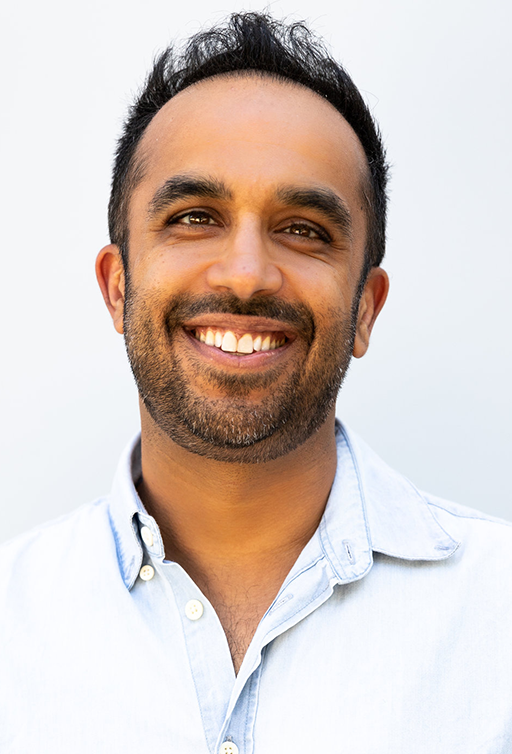 After Neil Pasricha’s wife left him and his best friend suddenly took his own life, he crash-landed in an empty downtown bachelor apartment. Just twelve months later, he was working directly for the CEO at Walmart, running the International Academy of Digital Arts and Science’s “Best Blog in the world”, and had just published The Book of Awesome which stormed the New York Times bestseller list and sold over a million copies.

The lesson was clear: resilience, change, and growth can come from times of challenge. This inspiring talk is for anybody looking for simple practical ways to lift performance to new heights.

In Neil’s case, he realized before life could change, he had to change. Leadership ultimately comes from within. When company execs would ask him “How did you get so happy?” he’d share the secret is to “Be happy first” and let the mindset you cultivate ultimately enable your success. Neil’s presentation leaves audiences with five clear tools they can use to achieve their biggest goals. 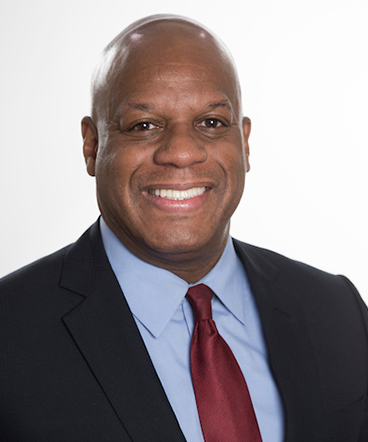 Rick C. Wade is a true servant-leader with rich experience in both the public and private sectors as well as higher education and community engagement. He is currently Vice President of Strategic Alliances and Outreach at the U.S. Chamber of Commerce – the world’s largest business federation representing the interests of more than 3 million businesses. Rick develops and implements programs and initiatives to help the Chamber create new business relationships and partnerships across diverse audiences. He also provides counsel on both domestic and global policy issues and leads special projects.

At the U.S. Chamber, Rick has been spearheading efforts across business and industry to advance diversity in the workforce, C-Suites and on corporate boards. The recently announced Equality of Opportunity initiative aims to develop sustainable solutions to help close race-based opportunity gaps in education, employment, entrepreneurship, and criminal justice. Rick has also launched several other unique programs such as the Next-Gen Business Partnership with Historically Black Colleges & Universities which develops and mentors the next generation of diverse leaders. The Business Huddle supports the interests of professional athlete-entrepreneurs, helps them understand current business issues and connects them to corporate executives. Through a major grant from the W.K. Kellogg Foundation, Rick has been organizing roundtable conversations with business, community, government, academic and other leaders around Kellogg’s research report The Business Case for Racial Equity.
.
Before joining the Chamber, Rick was principal of The Wade Group, a communications and global business development firm, and was a partner at Harves Investment Group, a consultancy that facilitated foreign direct investment into the U.S.

Rick was the interim head of the U.S. Department of Commerce following the 2009 inauguration of President Barack Obama. He also served as Senior Adviser and Deputy Chief of Staff to former Secretary of Commerce Gary Locke where he was a liaison to the White House, businesses, trade associations, civic organizations, and local governments. Rick was a member of the White House task forces on Puerto Rico, Small Business Contracting, Automobile Recovery, Military Families, and Historically Black Colleges & Universities. He also served on the Interagency Business Council; was a member of former Vice President Joe Biden’s Task Force on Middle Class America; and worked with the White House on implementing the American Recovery and Reinvestment Act.

Rick worked closely with the Commerce Department’s Economic Development Administration to foster regional economic development in distressed areas; the National Telecommunications and Information Administration on expanding broadband to rural and urban America; the Minority Business Development Agency to create jobs through the growth of minority-owned businesses; and the Census Bureau on executing the 2010 decennial census.

In addition, Rick was instrumental in expanding opportunities for U.S. companies to sell their products in the global market. He represented the U.S. at international trade forums including the U.S.-China Joint Commission on Commerce and Trade; the Asian-Pacific Economic Cooperation; the African Growth and Opportunity Act Forum; and the Conference on the Caribbean and Central America. He served as Special Envoy to the Caribbean; oversaw private sector initiatives in Haiti following the 2010 devastating earthquake; and led trade missions around the world.

A current member of the Democratic National Committee, Rick was a Senior Adviser and National Director of African American Vote for the historic 2008 Obama for America campaign. He worked to mobilize unprecedented numbers of voters across the country and has been lauded for his innovative campaign strategies such as the Barbershop & Beauty Salon Program and D.J. Mobilization Plan. He also served as a liaison to athletes, entertainers, community leaders, business executives and other key influencers. Rick was the 2002 Democratic nominee for Secretary of State of South Carolina and a 2014 candidate for U.S. Senate. He was an executive at both the Hoffman-La Roche pharmaceutical manufacturing company and Blue Cross Blue Shield. A former Chief of Staff to S.C. Lt. Governor Nick Theodore, he was also a member of the Cabinet of Governor Jim Hodges, serving as the State Director of the Department of Alcohol and Other Drug Abuse Services. He also worked as a Research Analyst for the S.C. House Ways & Means Committee where he played a key role in writing the state’s higher education budget.

Rick was Executive Assistant to the President of the University of South Carolina and Director of State Government & Community Relations. In that role, he developed the University’s historic Five Point Plan to advance diversity across the university, build community partnerships, and enhance the institution’s impact across the state’s diverse communities. A former Chairman of the Columbia Urban League Board and founder of Bridge Builders for the Future, Rick has served in volunteer leadership roles across national, state and local communities.

Rick received his B.S. from the University of South Carolina and M.P.A. from Harvard University where he was a John F. Kennedy Fellow. He has studied at both the Interdenominational Theological Center and Wesley Theological Seminary.

A frequent presenter and columnist, Rick was awarded honorary doctorates from Benedict College and South Carolina State University and has received numerous awards for exemplary leadership and public service. 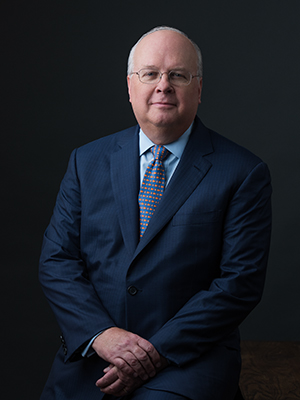 Karl has been described by respected author and columnist Michael Barone in U.S. News & World Report as “…unique…no Presidential appointee has ever had such a strong influence on politics and policy, and none is likely to do so again anytime soon.” Washington Post columnist David Broder has called Karl a master political strategist whose “game has always been long term…and he plays it with an intensity and attention to detail that few can match.” Fred Barnes, the executive editor of The Weekly Standard, has called Karl “the greatest political mind of his generation and probably of any generation. He knows history, understands the moods of the public, and is a visionary on matters of public policy.”